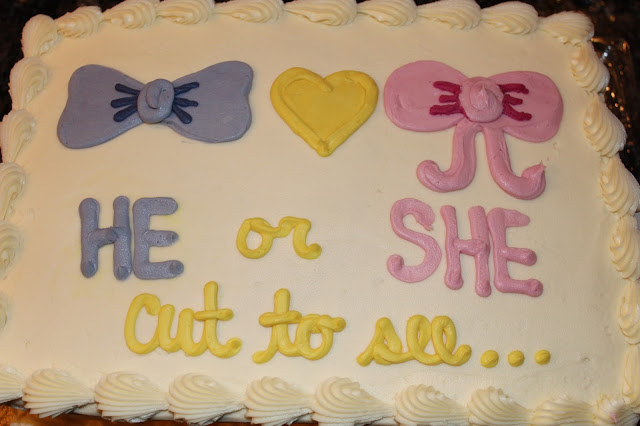 So this has been a long time coming… Mr. Love & Confections and I decided to host a Gender Reveal party for our Family and closest Friends. We scheduled an ultrasound and hoped that Baby L&C would cooperate so we could find out the gender.

I even baked cookies to help bribe the u/s techs into helping us find out – we had people driving in from out of town for the party. Luckily for us, Baby L&C cooperated for the gender part or the u/s, but I had to go back two weeks later to get some more pictures because of the way Baby was laying. 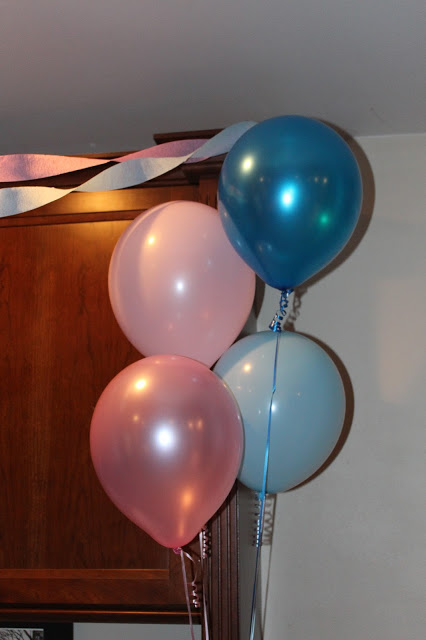 We were so excited to share the news with everyone and worried how to keep it a secret for 36 hours! My parents live out of state, so we had a surprise gender reveal cake for them that night (thanks Aunt B for helping) and they had to keep the secret for 24 hours before we told anyone else.

We decided to use a cake to reveal the gender – the filling would be either blue or pink. As soon as everyone arrived to the party, they asked us to cut the cake immediately. We waited a bit, had some snacks, then big reveal was upon us… 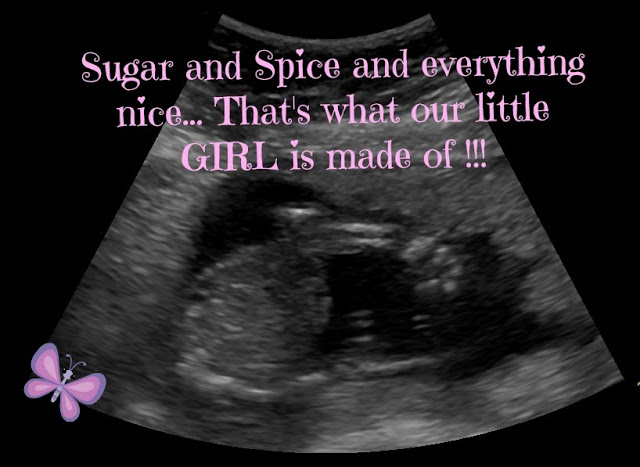