Bourbon Pecan French Toast Casserole is going to be your new favorite brunch item! Buttery, rich brioche bread is layered with a cinnamon pecan filling, and flavored with bourbon and maple syrup. 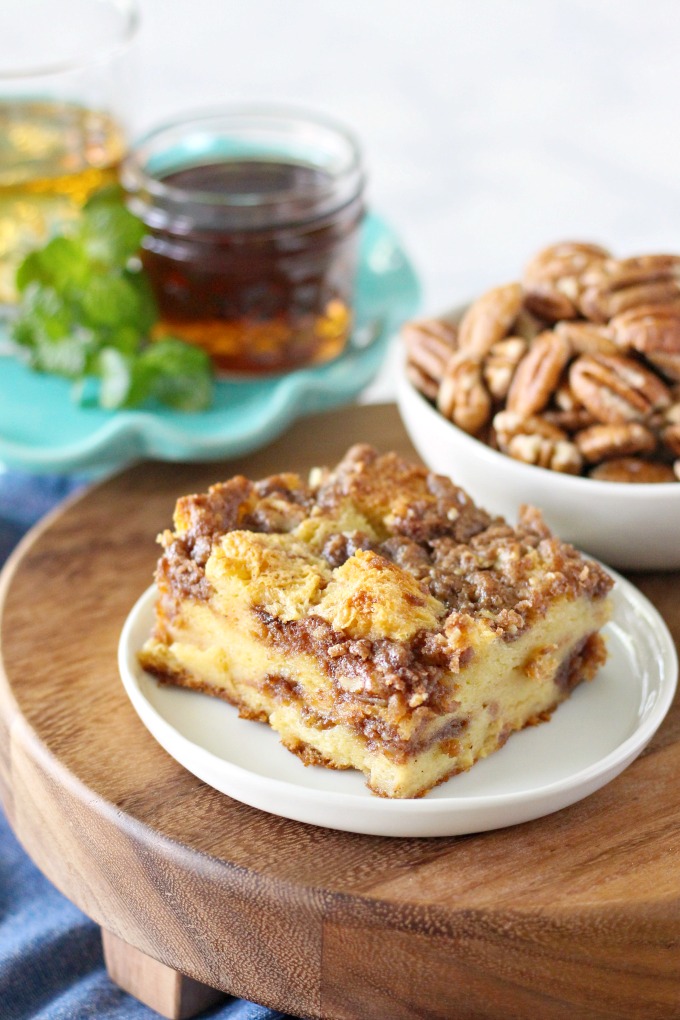 It’s the last day for #BrunchWeek 2020 hosted by myself and A Kitchen Hoor’s Adventures! We hope you enjoyed all our Brunch recipes!

Some people argue that French toast casserole and bread pudding are the same thing, only eaten at different times. I both agree and disagree with that statement. For the most part, I treat bread pudding like a dessert item, especially when it comes with sweet mix-ins, or toppings like Vanilla Bean Bourbon Whipped Cream or Salted Caramel Sauce.

Most of my bread puddings have both milk and heavy whipping cream. In contrast, a majority of my French Toast Casseroles use only milk, sometimes half-and-half. Regardless of how you prepare it, quality items are necessary, so don’t skimp on the ingredients. 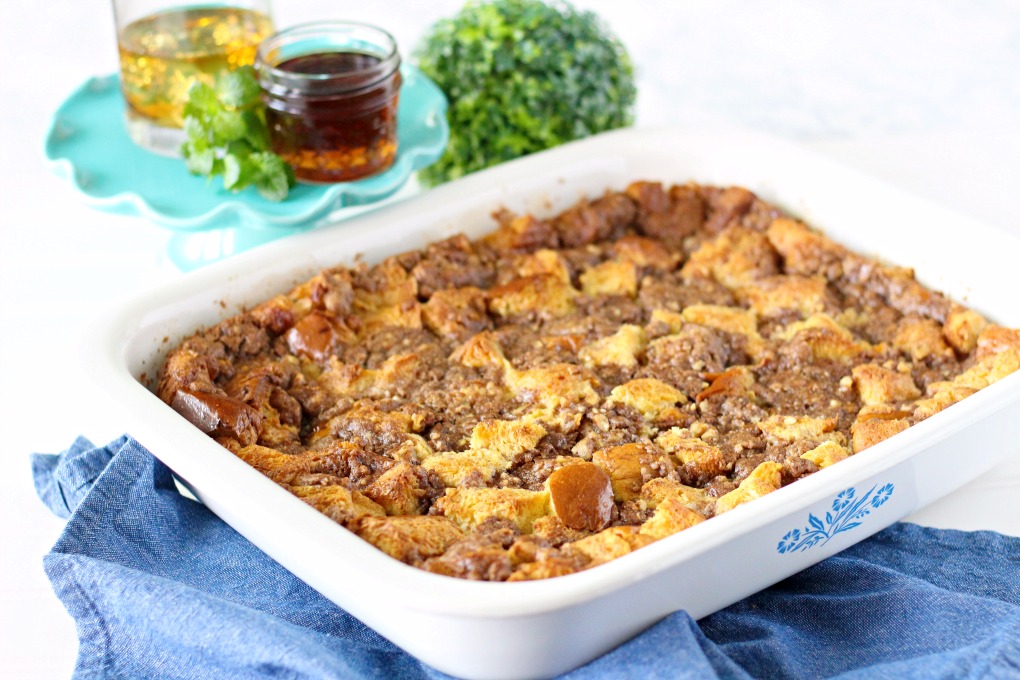 I recommend these types of bread for Bourbon Pecan French Toast Casserole:

Here are a few of my favorite casserole dishes. This Bourbon Pecan French Toast Casserole makes a large recipe, or you can split it into two different dishes. 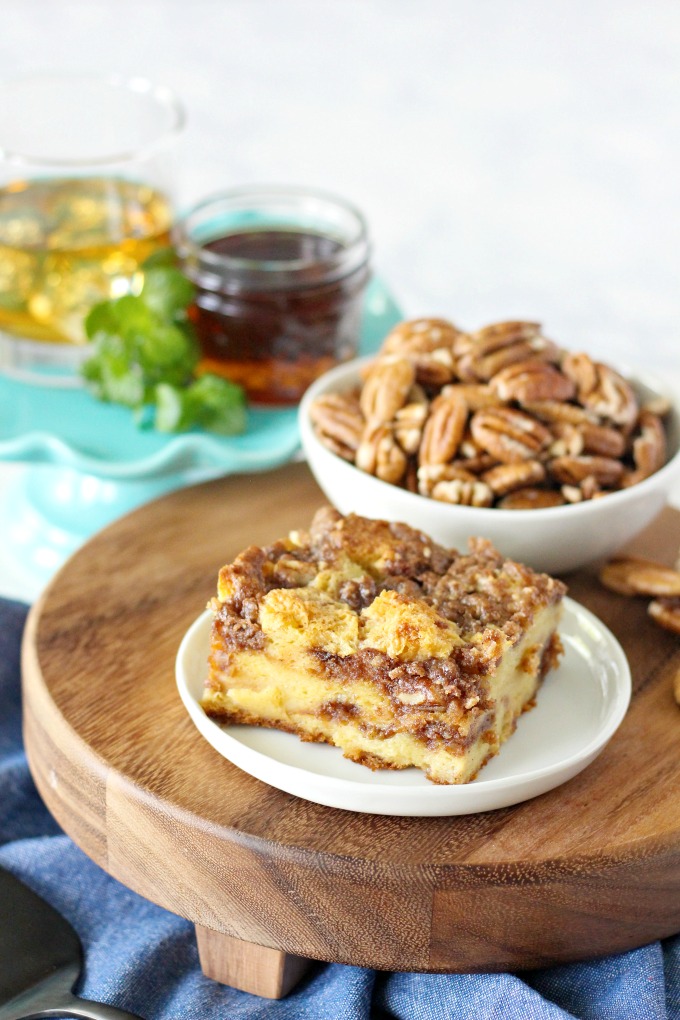 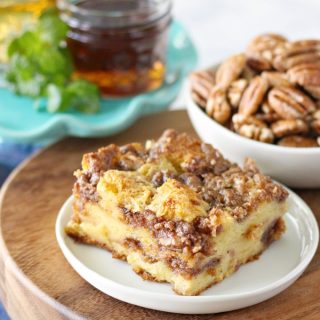